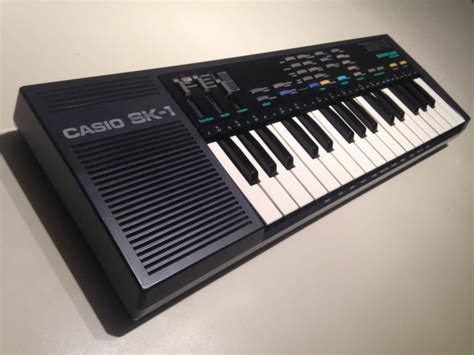 The Korg MicroKORG has basically reached legendary status at this point and has been used by countless people and on countless recordings. If you want to pick one up for yourself, here’s a link https://amzn.to/2NsaGFR.

Some people get frustrated with the MicroKORG and never learn how to program it, this combined with it’s somewhat dated sounding presets may cause some people to incorrectly belive it is not a powerful or good synthesizer. This is not only wrong, but the MicrKORG is probably one of the most flexible and powerful synths for under $500 on the planet.

In this video I give a brief history of the MicroKORG, walk you though how to program a patch, then demonstrate an entire song created with the MicroKORG. I hope you enjoy it!

I just saw this today and really loved being able to see the inside of this incredible synth! I have always loved the sound of a Mellotron and used the samples of them extensively on my recordings, but have never had a real one at my fingers.It is really fascinating to see the inner workings of this machine!

Check out Mad Zach chopping up some Bitches Brew with the new Akai MPC Live!

get one for yourself!

This is a new song I created with only the Yamaha FB-01 in 8 part multi-timbral mode and then played lived drums to it. No FX were used on the FB-01. I seqenced the MIDI using the program, Seq24 for linux, then recorded the drums in Harrison Mixbus 4.
Drums used were a 1966 Slingerland Blue Sparkle kit, with an 80s metal Pearl Export 6.5×14 snare drum. Mics used in this recording were:
Kick – CAD KBM412 http://amzn.to/2yzAGan
Snare – PDMIC78 http://amzn.to/2AFBBYf
Overheads – http://amzn.to/2iUjPZ1