Since I got into A2E conversions I’ve tried nearly every external drum trigger on the market. I’ve tried expensive ones, I’ve tried cheap ones, and I’ve tried homemade ones. I’m sure of one thing, that there is ONE external trigger that just works better than all of the others. However, there’s a few things you should know, so read this whole post.

The one external trigger that tracks the most consistently, evenly, almost never mistriggers or double triggers (if you have your module set right) is without a doubt the ddrum Red Shot! 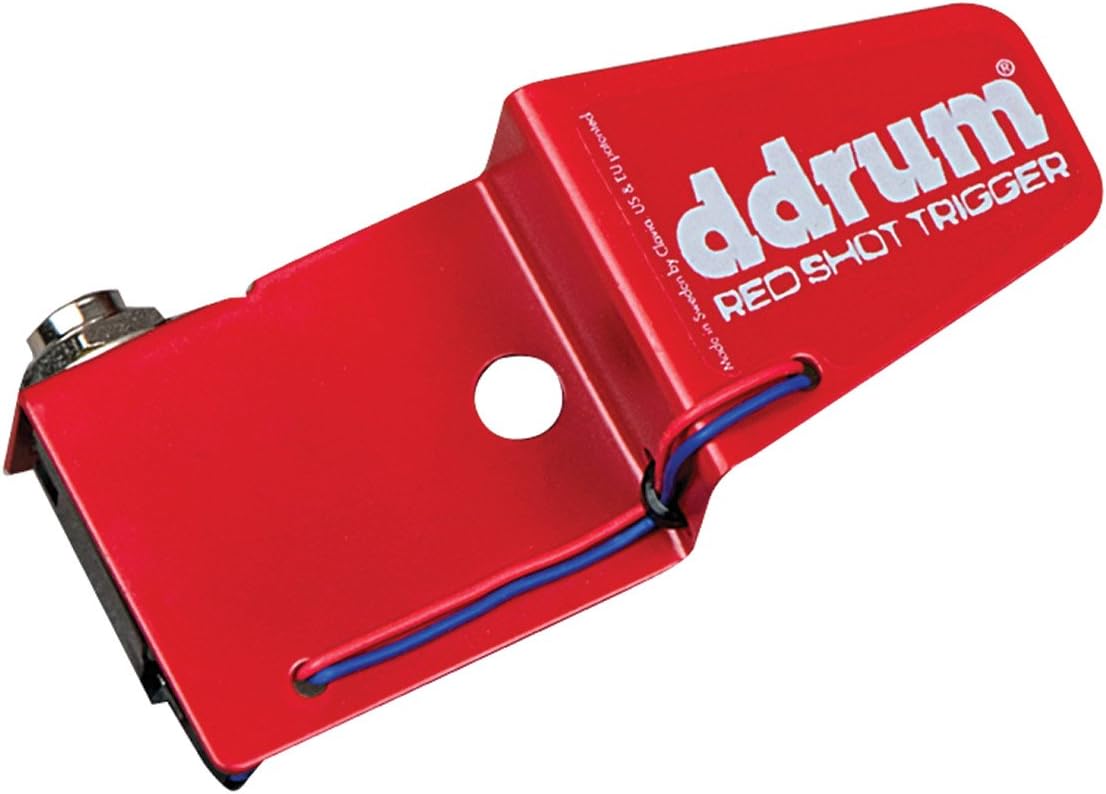 It may seem hard to believe, but this simple $20 trigger from ddrum beats out every single other trigger I have tried! This includes Yamaha, Roland, Pintech, Drum Dial, 2box, and even the ddrum pro triggers! I’ve tried literally every brand out there making external triggers at this point and the Redshots kill them all! HOWEVER….. ONLY ON THE TOMS AND SNARE!

The Red Shot kick drum trigger is very hit or miss and doesn’t work so well depending on the module and size kick you’re using it on. I had decent luck with it on a tiny 14″ Club Jam Flyer kick, but nothing else. There is not a single company on the market that makes a perfect external Kick trigger that I have tried, but there is a solution. I’ll go over that further down this post.

Unfortunately Red Shots are only single zone triggers, so that means using one on your snare will give you no rim zone. To me this is a small price to pay for being able to play without ever getting a mistrigger. Nothing drives me more crazy, ruins a recording or performance more than a trigger that is not reacting to what you are playing correctly. Redshots react correctly, and accurately nearly 100% of the time, probably somewhere in the realm of 99.9%. Other external triggers operate on about 90%-95% accuracy depending on the trigger.

I’m almost sure the thing that makes Red Shots work so well is the fact that they are secured to the drum by the actual tension lug. This guarantees a secure connection with the drum head. Other brands clamp to the rim of the drum with varied results.

If you absolutely MUST have a dual zone trigger on your snare, the only two worth considering in my opinion are the Roland HT30RT, and the 2Box Triggit. Neither are perfect and neither trigger as well as the Red Shots, but they’re dual zone and work decently well. 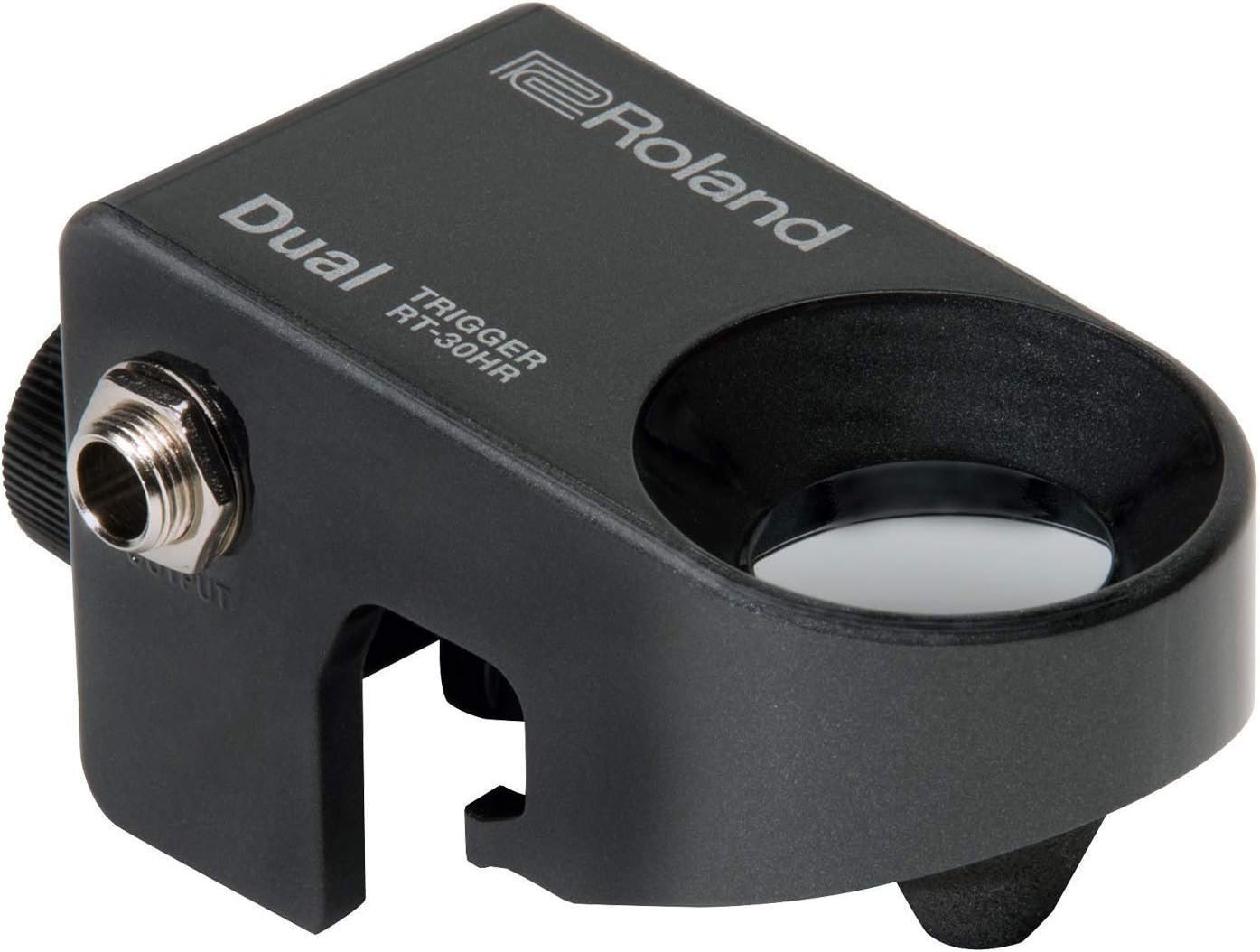 The HT30 can double-trigger occasionally, and can misfire dynamically occasionally, which requires having to set a scan time higher then you normally would like on your module. The thumb screw to secure it to the rim isn’t very secure and easily comes loose, making all of your accuracy go to crap once that happens. Plus it’s all plastic, one good accidental whack from a sick could destroy it. 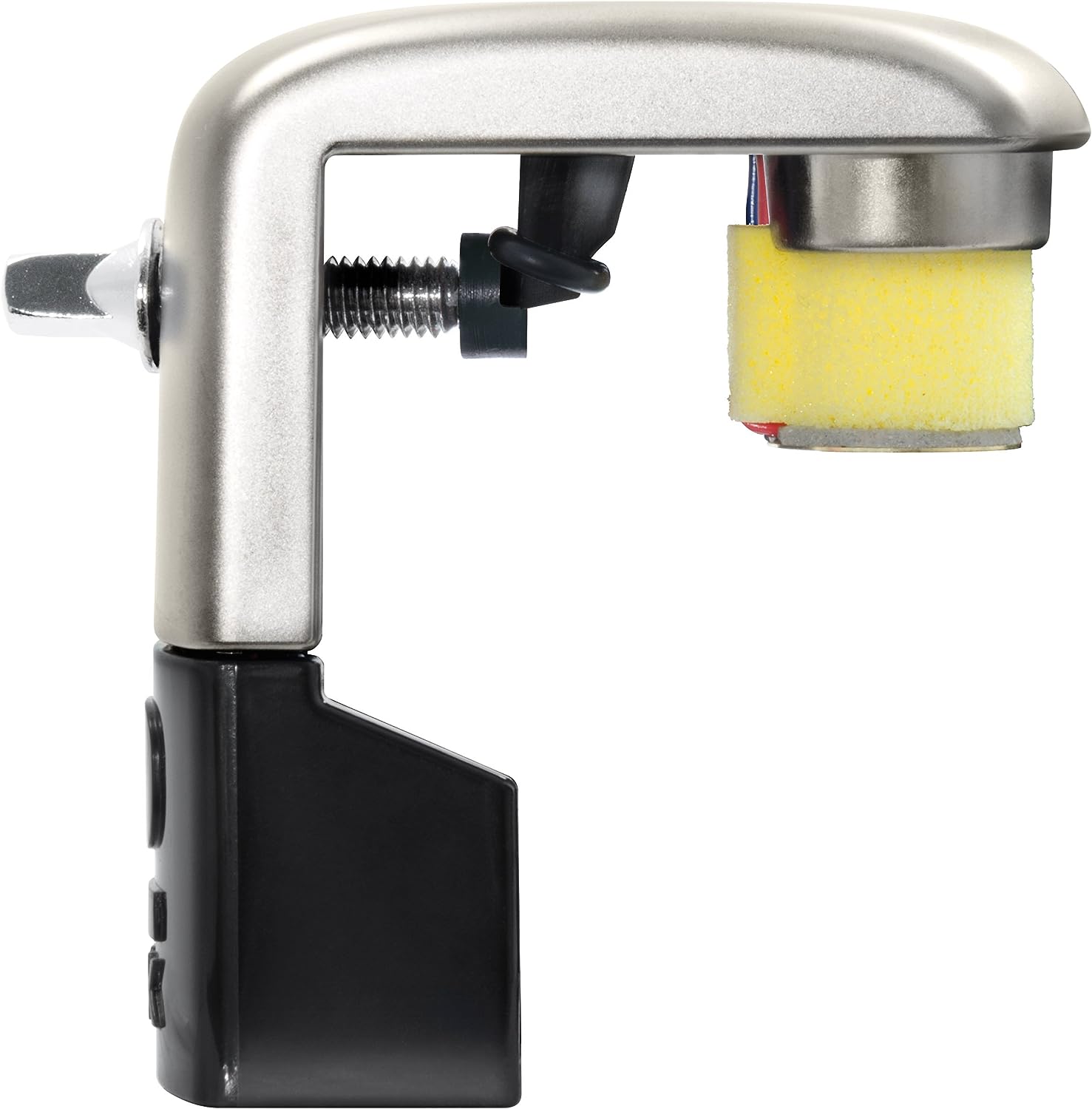 The 2box Triggit could be near perfect if they just fixed a couple things. It’s far sturdier than the Roland and costs half as much, but the main problem is drum key tightening screw isn’t quite long enough to really tighten it down securely on your hoop. If you have die cast hoops, it’s probably fine. But on triple flange, it will tighten just enough to hold it, but not enough to make a great tight grip. The rim sensitivity is very low as well, causing you to have to really whack the rim to get the second zone, even if I had my rim sensitivity cranked all the way up on my module, this was still the case. I actually think this is the result of not making a good connection to the hoop. Also, like the Roland, it can misfire sometimes, though not very often. The head zone picks up a wide dynamic range, and the trigger looks great.

Still though, if you plan on playing full sets and want reliability, the Red Shots are the way to go. I’ve been doing weekly live streams for hours at a time for months now using them, and they always work great. Every time I try something else I regret it.

So what about the Kick? As I said before, I am yet to find a commercially available external kick trigger that works to my 100% satisfaction. The closest I have found is the ddrum Pro trigger. BUT IT HAS SOME MAJOR FLAWS! The biggest being it can sometimes just not trigger at all when it is supposed to. It doesn’t happen often, but when it does, it’s infuriating. Also, for some reason ddrum puts XLR connections on their Pro and elite triggers. Everybody hates this, and nobody has any idea why ddrum does this. It just makes you have to buy a bulky adapter to plug into the trigger, then plug your snake cable into that.

My solution was to make my own kick drum trigger. It’s an insanely simple design, that somehow works a million times better than anything else I’ve tried.

All it is, is a piezo stuck to the side of the mesh head pictured above. However, getting it to stick to the mesh is harder than one might think. Simple two sided tape wont work, mesh is a horrible surface to tape things to. What I had to do was cut a piece of mylar drum head from an old acoustic head, then contact cement it to a spot on the mesh head, creating a smooth surface to attach my piezo to. Once I did that, I used a combination of 3M double sided tape on the piezo itself, stuck that to the mylar, then covered that with some gaff tape and gorilla tape. I thought this would be a temporary solution, but it has been working for months this way.

However I do think you could do this same thing with a Pintech RS-5 stuck to the head the same way I did mine. I plan on trying this in the near future and will update this post when I do. The concept is the same so it should work. The main issue with kick triggers, is the piezo needs to be attached to the head, so there’s no possibility of the bounciness of the head breaking contact with the piezo which will cause a double trigger or mistrigger. Also, make sure your kick drum is stuffed with something like a pillow or foam to keep extra vibrations from happening.

This is a collection of 10 custom kits I programmed for the Roland TD-6. These are all sounds I have used on my live streams and my albums “333”, and “Can You Draw Me?”.

To transfer the sounds to your TD-6 or TD-6v, use the send sysex feature in MIDI-OX.

Installing these kits will overwrite kits 1-10 on your TD-6, so make sure if you have something on those slots you want, copy them to other memory slots, or backup your existing patches with MIDI-OX before installing the kits.

These kits are configured as follows:

How to load the kits:

These are all of the drum-less tracks I’ve been playing to live on my YouTube/Twitch streams for the past month or so youtube.com/demonicsweaters. All of these tracks (with drums) can be streamed on all the streaming services for reference, or you can watch me play them live on the YouTube streams!

Each track is named with the song title, bpm, and time signature. To use to a click, drop each track into your DAW of choice set to the correct BPM and time signature, turn on your metronome, and everything should line up correctly. This library will grow as I add songs. You only need to purchase once, and can come back to download as often as you like when new tracks are added!

NOTE: When you update the firmware on the TD-6 it will WIPE OUT ALL OF YOUR PATCHES AND SETTINGS! SO BACK UP FIRST! Keep reading to learn how!

Jump to 22:02 to see how to do everything correctly!