I just released a new live performance video the other day of me playing drums along with a song I made in Milkytracker. This is not the first video like this I’ve made, in fact I now have 11 or so videos of my playing along to chip trackers with live drums.

In addition to that, I’ve done several other types of performances on YouTube over the years, and have been adding them to this playlist above over time. I thought I would post it here again since it has recently been updated.

Get your music on all the streaming services for no charge up front: https://routenote.com/referral/2f72830b

I recently got a Raspberry Pi 3 so I could setup an “Amiga” using the amazing Amibian. If you are not familiar with this, and you’re a vintage computer enthusiast, you definitely need to check this out. It is a Pi Linux distro that boots DIRECTLY into an Amiga emulator, so it is basically like having a real Amiga. You can get one set up for a fraction of the cost of an actual Amiga, and it runs incredibly well!

Anyway, most people using this stuff seem to do it mostly for games. That’s cool, but my love of Amiga was always about music. I learned how to make electronic music using them many years ago, and have often wanted one again to go back to using Octamed and Protracker to create music. When I saw Amibian, I had to give it a shot.

I got it all set up and working great, but wanted to find a way to sample my own samples directly into the Pi and Amibian without having to do it on another computer and go through complex conversions and stuff to get the samples to work in Amibian. So I wrote a script to do it! To get audio input on the Pi, I used one of these cheap usb mic inputs from amazon, and can plug a mic, or line into the input and sample it using my script.

The way that it works is by using arecord, the built-in sound recorder for Linux, and a program called Sox, which is available in the Raspbian repositories, (apt-get update, then apt-get install sox). Then all you need to do is create a folder on your Amibian Pi called recordings, copy the script to there. Before you run it though, edit the script to include your sample directory on the Amiga side (nano asampler.sh) you’ll see instructions inside the script. Once you update that single line, then exit nano and type chmod +x asampler.sh to make the script executable on your system. Then to run the script, be in the recordings directory and type ./asampler.sh and follow the instructions on the screen.

Download asampler script here, unzip, then copy it to your pi 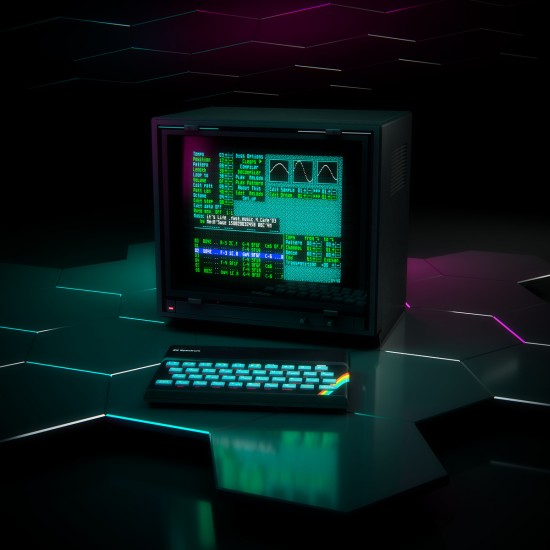 If you’re a fan on the international chip music and demoscene, you’ll be pleased to know that earlier this month saw the release of “The Blossoming Years” album by Russian demo artist Sergey “MmcM” Kosov. Composed entirely on the ZX-Spectrum computer using a Yamaha YM2149F sound chip in ProTracker 3, the album features music from the height of Kosov’s career composing between 1999 and 2001. This is his first release since his 2012 eletronica album “Detuned”, and further expands his repertoire of demo and chip music, which has gained him a long-standing following.

The 18-track album has been released by our friends at Ubiktune and is currently available on Bandcamp, Loudr and Amazon for around $5.

“The Blossoming Years” by MmcM – Ubiktune