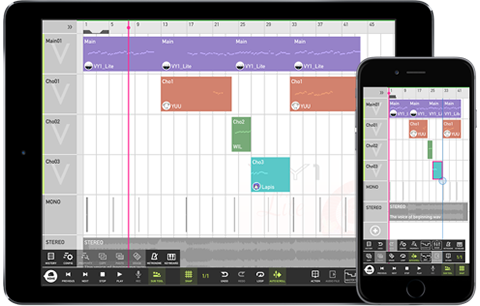 This is pretty exciting news for fans of Vocaloid. Yamaha received a lot of criticism in the past for not having a Vocaloid editor for Mac OS, but at least now iPad and iPhone users will be able to get in on the action. To be fair, the Cubase plugin version of Vocaloid Editior does run on Mac, but only in Cubase obviously.

One of the weirdest things about the Vocaloid Editors up until this point was the fact that there was no real-time midi control. You were stuck with using janky piano roll to compose your vocal tracks. Not only does doing this on the iPad look easier, it also features a full MIDI control feature!

Watch the vid above, this really looks incredible. Unfortunately at this time the iOS version is only available in Japan. Hopefully they’ll decide this is worthwhile to do in English for the US market as well.